The 207 Green Team, a group of sustainability-minded Avery Dennison employees at the corporate headquarters, came up with the idea of a silent art auction to raise funds for the United Way Greater Los Angeles, a non-profit on a mission to permanently break the cycle of poverty for low-income families, students, veterans, and the homeless. The auction was also an opportunity to repurpose hundreds of art pieces that were sitting in storage. The artwork had originally graced the walls of the corporate headquarters’ campus in Pasadena, but the art was placed in storage when the company moved and shifted to a more open and collaborative work environment.

Dawn McReynolds, 207 Green Team Member and Glendale Facilities Manager described the inspiration behind the idea. “We were thinking about how we could reduce costs at 207 to fund some sustainability initiatives. We were spending hundreds of dollars per month in rental fees to keep this beautiful art stored away. We asked ourselves how we could put this art to good use.”

Initially, the 207 Green Team thought to donate the artwork directly to United Way of Greater Los Angeles. Team member Janet Sandoval, who also manages the Avery Dennison Foundation, described the link to sustainability, “Sustainability isn’t just about planting trees, it’s also ensuring your local communities have the resources they need to survive and thrive. We have a long history of supporting the United Way, and we thought this could be a creative way to repurpose the art and serve the community.”

A direct donation of the artwork proved to be logistically difficult, so the team came up with the silent art auction idea. The artwork would enjoy a second life in employees’ homes, and the proceeds would be donated to United Way.

In early June, 207 Green Team members emptied out the storage unit and moved over 240 works of art, including a 400-pound sculpture of 8 foot tall multi-colored acrylic pillars, to the corporate headquarters for the auction. Employees were invited to peruse the art and place their silent bids. 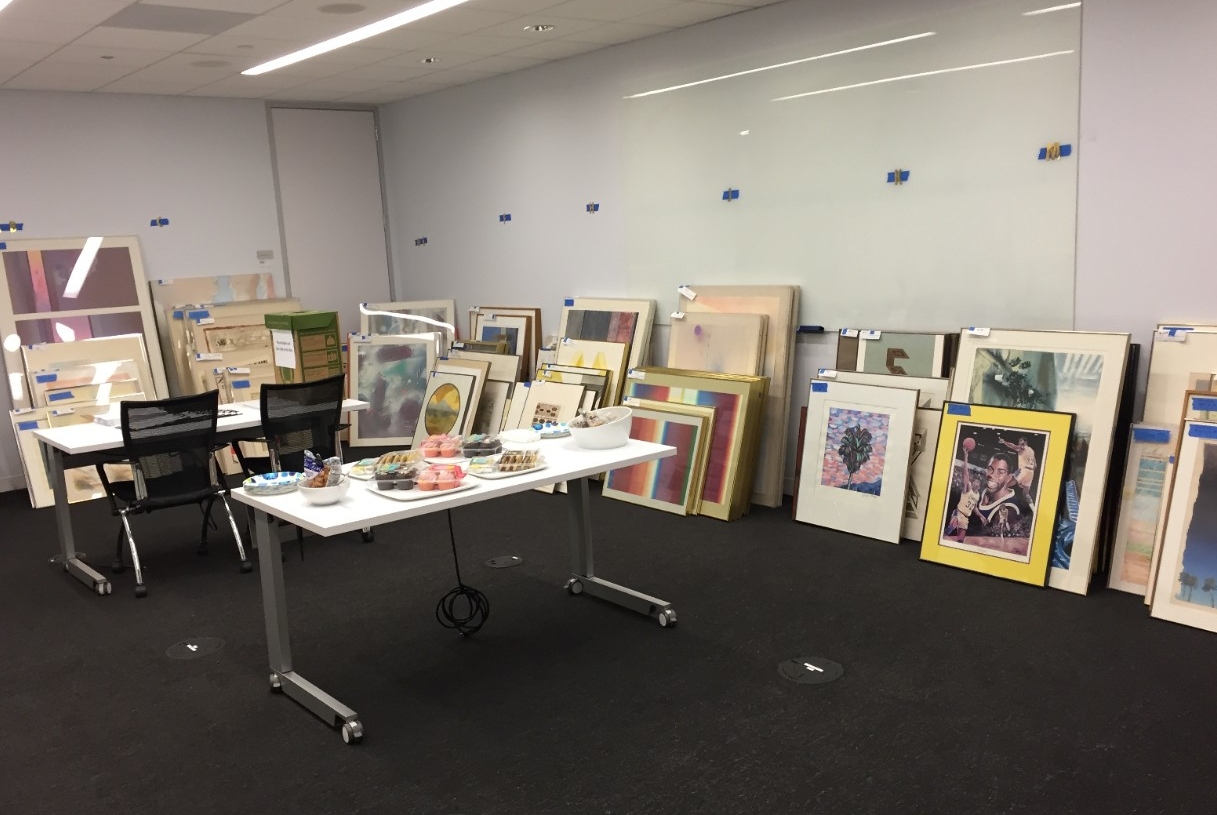 A meeting room transformed into an art gallery with over 240 works of art. 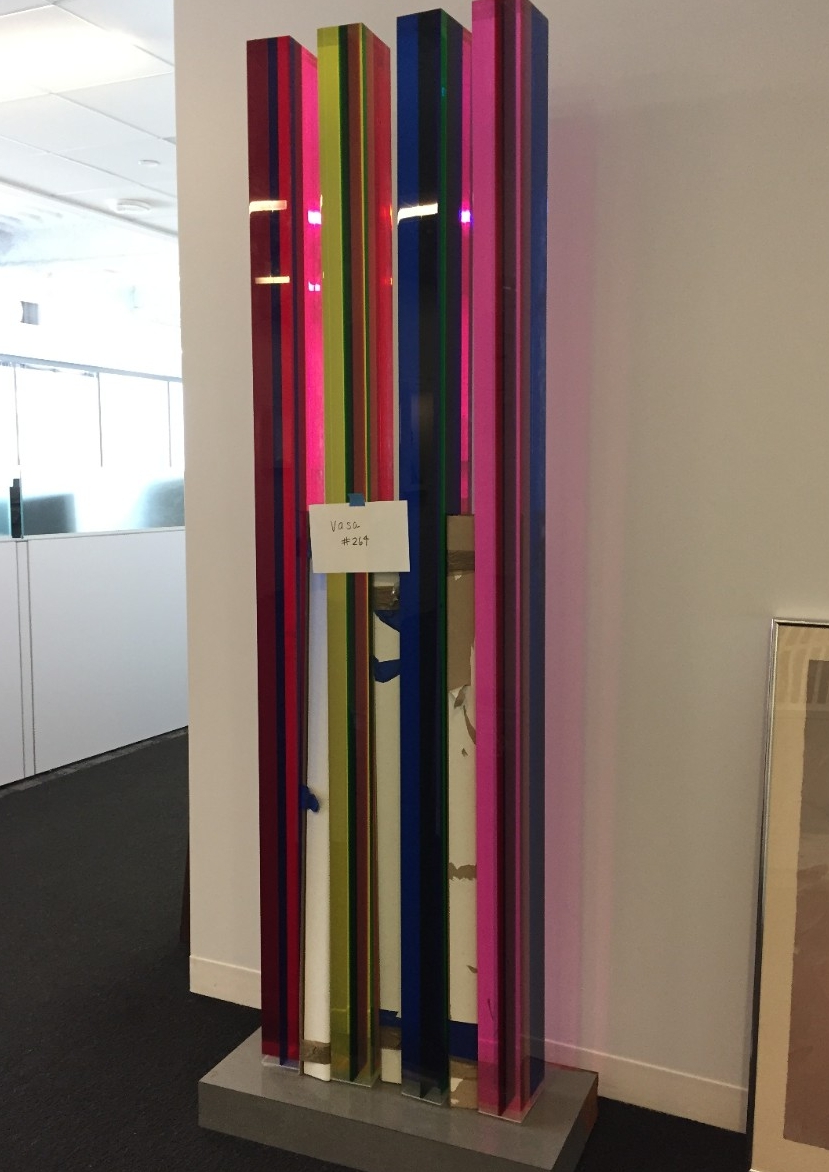 In just a few days, the silent auction generated over 240 bids from 45 employees. New homes were found for over 183 pieces of art, raising $10,156 dollars, and saving Avery Dennison over $4,000 a year in storage costs. The remaining artwork was donated to Habitat for Humanity.

A few weeks later, United Way representatives Yvette Stott, Avery Dennison’s United Way account manager, and Janet Morgan, director of major gifts, were invited to 207 Goode for an afternoon reception. The two had no idea what the 207 Green Team had accomplished.

Members of 207 Green Team, Facilities, the Avery Dennison Foundation, and winning bidders greeted Yvette and Janet. Everyone spoke about their commitment to sustainability, how the auction was conceived, and even the pieces they had bid on and won. Avery Dennison’s  controller and chief accounting officer Lori Bondar, who is a United Way board member serving on their Strategic Planning Cabinet, finally presented the donation to Yvette and Janet Morgan, prompting Yvette to exclaim, “This is so humbling!”

Yvette described the impact of the donation to the organization: “United Way of Greater Los Angeles is committed to ending poverty in Los Angeles County and we couldn’t do it without incredible supporters like the team at Avery Dennison. When they secretly launched this silent art auction, they weren’t just supporting United Way – they’re supporting real homeless individuals, real students, and real low-income families who are struggling to survive and thrive every single day. These people have names like Jorge, Marva, Karen, Maria, and Javier. And these people now have the fighting chance at a better future.”

Janet Sandoval, who placed a few unsuccessful bids, summed the initiative perfectly: “Even if I didn’t win any art, United Way won!”

The 207 Green Team is continuing their sustainability efforts at the Avery Dennison corporate headquarters with campaigns to reduce paper and resource use, eliminate food waste, and reduce environmental impacts of transportation to and from the office.